In the group meeting on Tuesday there was an interesting discussion on sobriety and the idea of what it means to be self-directed. In the Thursday group this topic was touched on again after an individual brought feeling a little like they were without direction since deciding to make the decision to get sober, and they were afraid that this feeling could ultimately threaten their sobriety. This led to an interesting discussion about what it means to be sober, and the topic of self discovery. While a lot of insightful things were said, the conclusion that many people in Thursday’s group were able to agree upon was that sobriety isn’t just about deciding not to use or abuse drugs or alcohol. The consensus of the group seemed to be that if one is to be happy and content in one’s sobriety, one must look inside one’s self and reflect on the reasons for their own use.

Personally I can attest to the fact that finding sobriety is a long and arduous process. I personally found it to be a lot like being born a new person. When I was finally ready to accept that there was a problem, and that the solution to that problem was sobriety, it was if the person I had been died. I needed to re-learn everything I knew. I couldn’t keep the same friends, and I couldn’t stay on the same path I had been. I suddenly needed to find a new identity. In many ways I don’t even consider myself to be the same person today as I was when I was drinking. In no way has it been easy, and it is an ongoing process, but I am working towards the person I would like to become and each day takes me further and further from the person I was. There have been a lot of days that I question myself, and the decisions I make. I have personally found affirmation and inspiration in the 2005 Stanford University Commencement Speech given by Steve Jobs. I only came across this video after his passing, but I think that there is wisdom in what he said, particularly for someone working at sobriety. It is for this reason that I decided to share it with everyone. 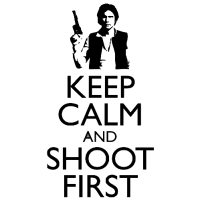